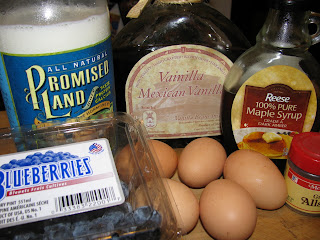 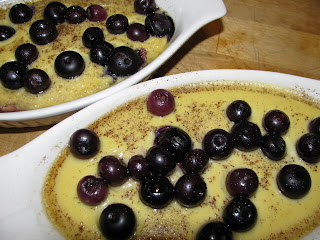 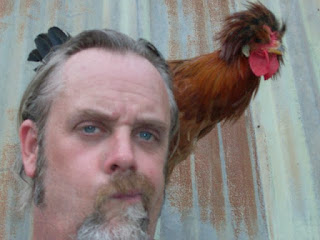 I named this recipe in honor of Marcel, my sweet beloved rooster who had a brief but happy life here at the farm. By now, you probably know I grew up in Brazil. Many Brazilian desserts have eggs as their primary ingredient. Portugal's influence is evident as they are known for their beautiful and tantalizing egg custard desserts.

I grew up eating pasteis de nata (little custard pies). According to Portuguese legend, two nuns invented these lovely little custard tarts and the recipe only became known to the public around 1837 when some entrepreneurial monks decided to open up a bakery shop to help fund the building of a new monastery.

I love those tarts but enjoy just as much the plain variety of just pure custard.I remember my very Texan mother & grandmother making wonderful little cups of egg custard desserts when I was just a toddler. Whenever I see a ramekin, it triggers a strong memory of savoring a little cup of creamy, yellow sweetness while sitting at the kitchen table with my mom or grandmother cooking nearby.

Here is my interpretation of a classic recipe:

5 organic free range eggs
1/3 cup of real maple syrup
1 teaspoon real vanilla
1 tablespoon of organic sugar
dash of sea salt
2 1/2 cups of organic whole milk
dash of cinnamon
dash of nutmeg
*Can be added:
(fresh blueberries, peaches, blackberries or any fruit of your choice)
*Can also be used as a filling for pastry tarts

Beat eggs slowly with mixer one at a time until creamy golden. Add syrup, vanilla, sugar and continue to beat. Slowly begin adding milk and blend gently until completely mixed.
Pour egg mixture into oven proof ramekins or small decorative baking dishes. Sprinkle with cinnamon and nutmeg.
Place them in a deep baking pan that can accommodate all the ramekins. Fill the deep pan with enough water to keep the custard from burning (about halfway up the ramekin).
Bake in a 350 degree oven for 40 to 50 minutes
* If adding fruit, check custard 25 minutes into the cooking cycle and if soft set, add the fruit artfully on top sprinkle with sugar and then continue to bake for remaining time.
Cool before serving
Posted by Sandy Bates Emmons at 10:14 PM 8 comments: 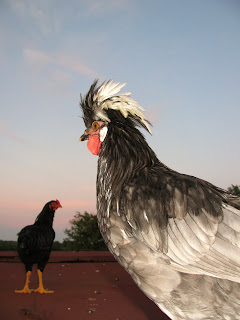 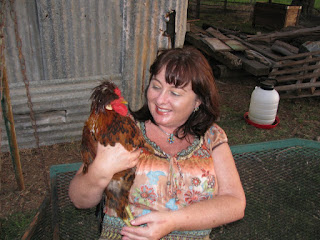 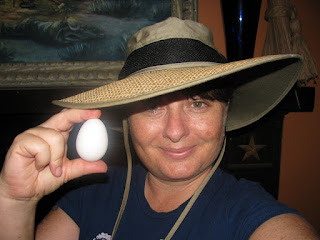 And who knows, maybe there is another rooster like Marcel just waiting to be hatched someday, right here at Feed Me Farms.
Posted by Sandy Bates Emmons at 3:02 PM 2 comments: