How can a man (Wayne Coyne) and a band (The Flaming Lips) inspire us here at Feed Me Farms? It all began on New Year's Eve. We decided to take a well earned break from the farm and drive through snow and sleet to see The Flaming Lips play their hometown of Oklahoma City on this celebratory evening. 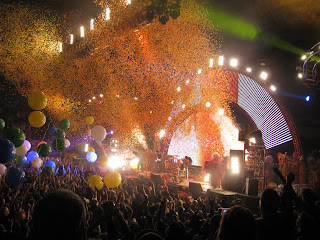 As soon as we hit the city limits, we began to see the positive influence that this band has had on their hometown. Instead of heading for the bright lights and big time status of living in L.A., New York or any other glamorous urban setting, they have chosen to stay in Oklahoma and help their States tourism and economy. And what a great job they've done. Wayne and his band mates have turned the ordinary into extraordinary. If more people did this, the world would be a much better place to live. No matter where in the world that might be, from small rural farms to big urban sprawl.

I picked up a local paper in the lobby of our hotel upon check-in and to my delight found an article called "10 for 2010".  To my surprise and delight, the first person listed was Wayne Coyne and his 10 for 2010: 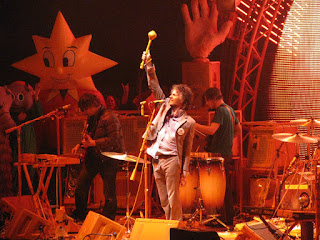 1. To see U.F.O.s come down and enlighten all humans
2. To see all humans be kind to animals
3. To see religious fanatics disappear
4. To see the Pentagon levitate
5. To see Global Warming stop
6. To see marijuana de-criminalized
7. To see humans give love instead of taking it
8. To watch the Oklahoma (or in our case ,Texas) sunset more often
9. To sleep late
10. To accept things we cannot control 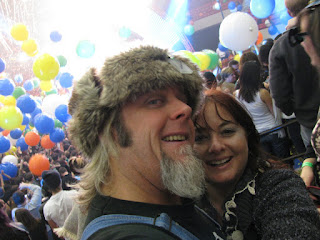 I was immediately drawn to Wayne's wonderful philosophy and decided, right then and there, what my new year resolutions would be. I would adopt his and add 10 for 2010 of my own:
1. To live every day with no regrets and fill our life with art, music, entertainment and laughter
2. To think less of what I want and need
3. To think more about what I have and can do with it
4. To savor the smell of fresh hay, freshly turned dirt and green pastures
5. To savor the joy in finding a hidden egg or newborn farm animal on any given day
6. To really love those around me -  be it family, friend or animal
7. To make things grow so that I can feed the minds, bodies and souls of those around me
8. To enjoy the simple pleasures of fresh food, a good bottle of wine and the time spent preparing it with the
one I love
9. To embrace middle age and what it really means to be happy with yourself
10. To BLOOM WHERE YOU'RE PLANTED! 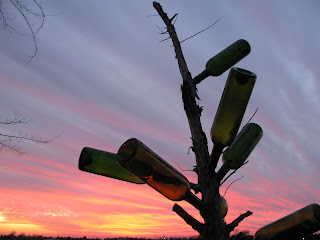 So as we begin a new year here at the farm, these 10 + 10 will play a role in our philosophy here. It may not be the most glamorous of lives and it's not what I ever dreamed of when growing up, but it is where I've landed and I really love it.  I have come to realize that life is what you make of it, not what others make for you.  I want to find the EXTRAORDINARY everyday in the ORDINARY everyday. 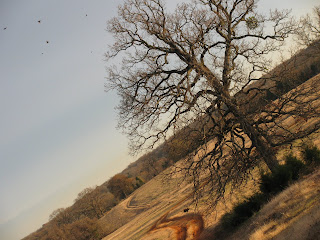 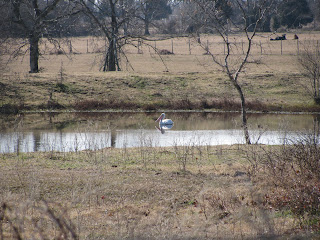 We were out near the barn prepping for the single digit weather that is taking over for the next few days (a rarity in Texas). We were surprised by this visitor swimming in one of the tanks. Seems like this pelican is taking a 300 mile inland vacation. Not a good time to leave the coast, if you ask me! 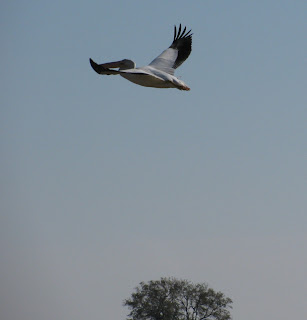