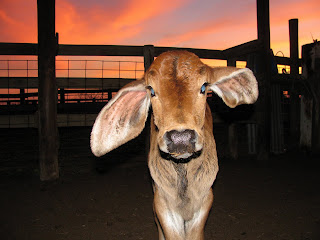 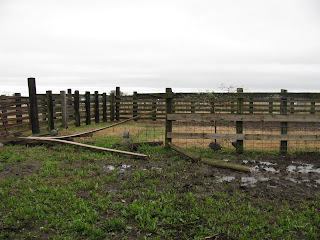 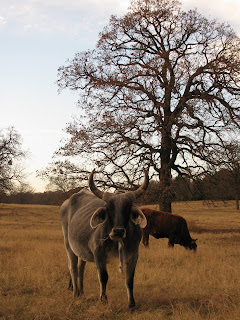 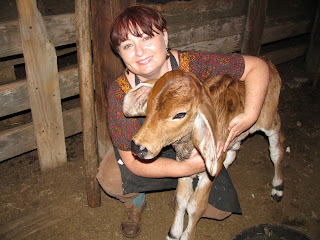 Have a wonderful Christmas Eve and be sure and kiss the little calves in your life, in a blink they will grow up to be ornery cows!
Posted by Sandy Bates Emmons at 10:32 AM 21 comments: 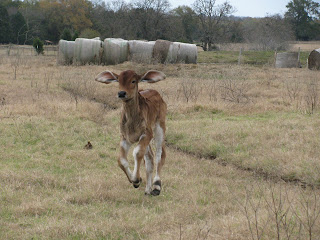 Here comes Lucky La Moo (born on Friday the 13th). She was playing out in the pasture until she saw her milk bottle. She has a very healthy appetite and kicks up her heels when it's bottle time.
Posted by Sandy Bates Emmons at 12:49 PM 5 comments: