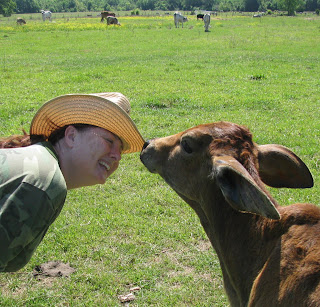 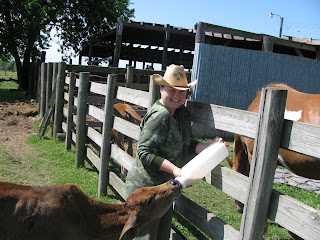 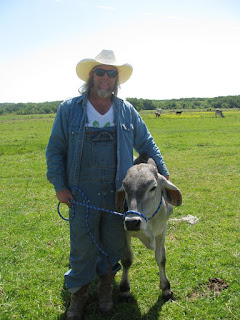 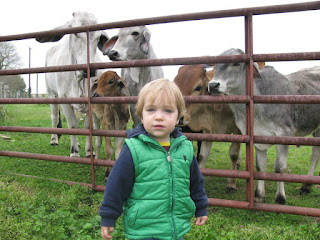 Lucky's voracious appetite is back and she is up to her funny antics in the pasture. She has really lived up to her name. We are SO happy to have you back Lucky La Moo! You really are one lucky little calf.
Posted by Sandy Bates Emmons at 11:01 PM